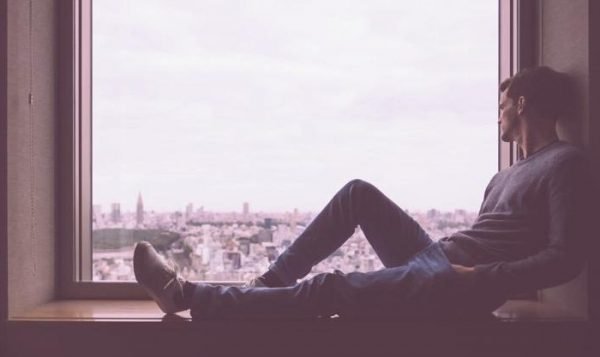 Winter holidays are coming soon and many of us are looking forward to them and the gifts. But for some of us the winter season means a low mood, sometimes even debilitating. With the season transition from autumn to winter some of us may start to feel sad, maybe we crave sweets more often, or have low energy.

What is winter depression or seasonal affective disorder?

There is an easier form of winter depression, in which the symptoms are not so severe, the affected person being able to function close to the usual level. This is not major depression, but rather similar to melancholia (winter blues).

What are the symptoms of seasonal depression?

According to the DSM-5 criteria for major depressive disorder with seasonal pattern, the symptoms should be present only in one season, with remission in a different season (eg winter or summer), with occurrence in the last two years.

The symptoms of winter depression are exactly the same for major depression, with several specific features such as:

The symptoms of major depression are as follows (DSM-5):

If you are in crisis and you have suicidal thoughts, contact the relevant authority in your country.

In Romania this authority is The Romanian Suicide Prevention Alliance.

What are the causes for winter depression or seasonal affective disorder?

Seasonal depression appears in some people who have a certain sensitivity to natural light or lack of light. There are several factors that lead to the onset of winter depression. In addition to light sensitivity, the genetic component and the chemistry of the brain also play a role in the occurence of major depression with seasonal pattern.

Sunlight is very beneficial for people. It helps us produce an important vitamin, vitamin D, which regulates our circadian rhythm, internal clock, and helps balance certain chemicals in the brain.

Serotonin and melatonin, two light-responsive chemicals play an important role in seasonal depression and we will talk about  them below.

As for vitamin D, it is only produced when our body receives natural light directly on the skin. A low level of vitamin D or vitamin D deficiency is associated with the presence of symptoms for depression.

People with seasonal depression may have an excess production of melatonin. This happens during the time when the length of the day decreases and the duration of the night increases. For example, this can happen in winter.

Melatonin is a hormone that is produced in the brain by the pineal gland when it is getting dark or after the sun sets.

Melatonin is responsible for regulating sleep. That’s why at night our brain secretes melatonin and we get sleepy. But in winter depression, the presence of excess melatonin can cause drowsiness, lethargy or fatigue during the day.

Difficulty adjusting the amount of serotonin in the brain

Serotonin is a neurotransmitter responsible for regulating mood. It is widely accepted that low serotonin levels play a role in the existence of depression.

Neurotransmitters are substances located between the neurons in the synaptic cleft. They make it possible to transmit signals from one neuron to another (and to other cells or muscles) through synapses.

But because we are extraordinarily complex beings, and things are not always simple, neurotransmitters need other substances that assist them on their way from one neuron to another. These substances or carriers are more numerous in people who have seasonal depression, and they transport serotonin faster between the neurons. Therefore, the level of serotonin is lower between neurons.

There is a study that shows that in people who have winter depression, this substance (it is a type of protein) that carries serotonin fluctuates depending on the natural light. Thus, in summer, due to the stronger sunlight and longer daylight the level of substance that transports serotonin is generally low, and it increases in the cold season. That is why people who have winter depression have remission in the spring.

Why do we suffer from winter depression?

In addition to the causes outlined above, there is an important explanation in my point of view regarding the existence of this disorder in humans.

Evolutionism points to our ancestors who, in the cold season, retreated to safe places for energy conservation, and for survival of the cold season. They also took care of their newborns conceived in the spring / summer, in remission of depression.

This is basically what we do in winter. With the coming of the cold season, we stay inside more, spend more time alone, eat more and gain weight, want to sleep more, feel more tired and lacking energy. These symptoms that can be present in most people (winter blues) and can bemore severe in those with winter depression.

How is seasonal depression treated?

For the treatment of seasonal depression it is proceeded exactly as for depression: psychotherapy, medication, changes in lifestyle. In addition to these interventions, phototherapy is also an option, a special technique for treating seasonal depression.

What medication is available to treat seasonal affective disorder?

Depending on the severity of depression, drug treatment may also be prescribed. It is important to understand that medicines help people who need them. Thanks to the scientific advancement in medicine and technology we can get the help we need and heal many diseases or illnesses, including depression.

Of course, the psychiatrist is the specialist who decides what kind of antidepressant is best for his patient.

Many studies show that a combination of medication and psychotherapy gives the most favorable outcomes in the treatment of depression.

Phototherapy or light therapy is an effective method for treating winter depression. It is, in some countries, the first treatment option for this type of depression.

Why would light therapy be effective? Because it seems to simulate the exposure to sunlight and bring its benefits: balancing serotonin, melatonin, circadian rhythm, which can lead to improved emotional state.

What lifestyle changes do you make to deal with seasonal depression?

Our lifestyle includes several aspects that we look at when we want to overcome winter depression. There are the relationships or social aspects, sport, diet, leisure or free time. It is important to resist the temptation to isolate or to be by ourselves. We need connections, social relationships and interactions to keep us healthy.

Sport also plays an important role in our mental and emotional balance. Regular physical activity is recommended for anyone, whether they have depression or not. But in depression it can help improve the emotional state.

Free time can also be used to do things we like such as activities that help us feel better (for example, psychotherapy). Of course, it is important to procrastinate as little as possible and do the things we normally do. Thus we maintain our sense of competence and our self-esteem does not suffer.

How diet can help with winter depression?

When I say diet, I am not referring to a particular diet, but to what we eat in a normal day. We can support our body during this period by consuming foods that contain tryptophan, the basic substance from which serotonin is made.

Cognitive Distortions: What They Are And How To Change Them
October 13, 2019

Categories
Recent Articles
Search
Go to Top
We use cookies to ensure you have the best experience on the site and to analyze traffic. Accept I do not accept
Privacy and Cookie Policy
Necessary Always Enabled